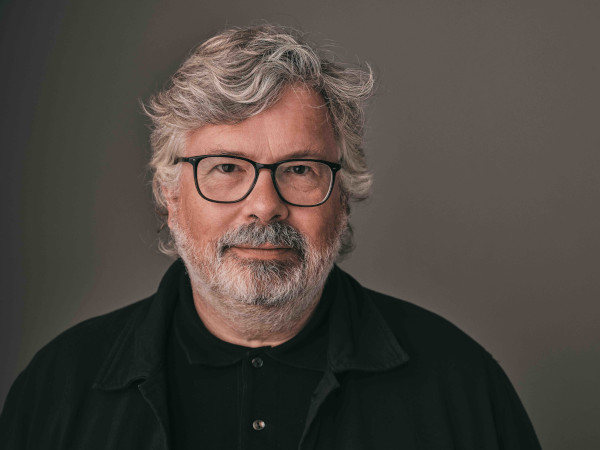 “The FMP Free Music Production was one of the most important record labels in the field of Free Jazz European music. Born in Berlin from the will of German musicians Peter Brötzmann and Jost Gebers to have complete artistic control of their works, it started in 1969 with the production of artists who helped define the language of contemporary improvised music (see Derek Bailey, Han Bennink, Evan Parker, Enrico Rava). In doing so, the record label created a very fertile network of connections between Germany, England, Belgium, Holland, Italy, and produced a number of qualitatively important works until 2010.” To know more about it, read the whole interview with Markus Müller, author of the beautiful book ‘Free Music Production FMP: The Living Music’. A mine of information! And read my review, too! I’d like to thank also Moira Bernardoni for her help with the translation from English to Italian.

How did the idea of the book come about?

I had written extensively about FMP and also interviewed quite a few of the main protagonists. About 2010 I decided to ask Jost Gebers and began to interview people for the purpose of putting a book together. As you can see it took more than ten years to finis hit…

What research did you do? And where did you do it?

I spend a lot of time in Borken, Westphalia, where Jost Gebers had moved the FMP-Archive to in 2003 after leaving Berlin. And then at the Jazz-Institut in Darmstadt, where parts of the FMP-Estate are. Plus I tried to speak with as many people related to FMP as possible. Especially with Nele Hertling, from the Akademie der Künste in Berlin, who was extremely important for FMP, beginning in 1969.

Cecil Tayor was a key figure for the FMP but – in my opinion – they played a vital role for each other. What do you think about this interpretation? Did you get to talk about this special relationship with him when you were working on the book?

Yes, I absolutely agree. Cecil Taylor and FMP were like communicating tubes. He was a star already when he first came to Berlin, not in a Pop-sense but in terms of the legacy of Free Music. And FMP build this incredible opportunity for him in 1988 that turned him into a superstar, especially after the release of the ‘Cecil Taylor in Berlin’88’-Box. And that in turn made FMP a primus inter pares among all the labels dedicated to Free Music. FMP became world reknown, it became an international phenomenon thanks to the efforts of Jost Gebers. And till today there is no publication that can compare to the Taylor-Box, none.

The book features plenty of beautiful photographs of artists and various posters. How would you describe the experience of sailing across such a vast sea of information and images?

It was all about what to leave out of book. I mostly worked with the original negatives and there are thousands and thousands of incredibly fantastic images from Dagmar Gebers, among others. And these negatives had to be digitized and cleaned etc. etc. It took years and still, at the very end we found images that I had never seen before that we really had to get ready to be able to include them into the book. It was a lot of utter joy, but it was a lot of stress, one tends to wake up in the morning thinking: “did I make the right choices, are these really the images that should go in?”.
So for anybody interested: there is more, much more.

At the end of the book, there are pictures of exhibitions in Munich and Berlin. Do you think it could be possible to make it land in other shores? Or do you think that the matrix is too local to export it? (Should my question not be clear, please let me know).

Yes, I think it is absolutely possible to travel such an exhibition. It would cost a lot of money and realistically it would have to be adjusted to the space available. You can see in the book that Berlin and Munich were quite different from each other already. There was one room in Berlin “against” four in Munich. And whichever way, everything would have to be of the highest standard.

In the current historical conjuncture, can you imagine a label able to take care of relationships beyond barriers and borders like FMP was able to do? Or do you rather think that its experience was unique?

I really hope so. For historical reasons, well “Non si può entrare due volte nello stesso fiume, perché altre acque scorrono continuamente”. “You cannot step into the same river twice, for other waters are continually flowing on.” So, things are different today and you would need people to really, really sacrifice a lot. But I believe in peoples, so yes.

Are you planning to work on similar books in the future?

I am planning a book about Documenta11, the art exhibition in Kassel in 2002, so something very different. After ECM and FMP I believe I did my share of music for now.