Wadada Leo Smith is among the key figures in American jazz and contemporary music. Trumpeter, multi-instrumentalist, composer, and improviser, with his works he has left, and he is still tracing, an important mark in creative music. He was a member of the historical AACM (Association for the Advancement of Creative Musicians), an association founded in the 1960s in the United States and dedicated to the promotion and dissemination of creative music. In order to celebrate his eighty birthday, during this year an impressive amount of albums have been (and are being) published, comprising works for solo, duo, trio, quartet and orchestra. We, as Kathodik reviewers, previously encountered Wadada Leo Smith through some of his publications, and as soon as the chance of interviewing him – in the form of the our usual digital chat – became feasible, we immediately caught it. The artist was willing to answer questions about his art and philosophy, and he offered interesting insights about various matters. Before inviting you to read the interview, I would like to thank Ann Braithwaite of Braithwaite & Katz Communications for making this interview possible, and Michela Maria Marconi, Sean Walton, and Filippo Focosi for their help in translating from English to Italian.

How did the idea to celebrate your birthday with this series of albums originate?

It was with my publicist Ann Braithwaite. We were chatting and Ann suggested that we should celebrate the whole year going into my birthday, so that’s what we’re doing.

This year’s releases include a broad overview of your artistic production, in fact there are solo, duo, trio, quartet and orchestra albums. How do you write for so many various ensembles?

It’s not about how you write, it’s about the inspiration that you come up with. And I work only from inspiration, I don’t do stuff just to do stuff. I only write if I get inspired. So it’s just as hard to write for a solo instrument as it is to write for 45 instruments.

I got to know you through ‘Kabell Years 1971-1979’, released by Tzadik. For those unfamiliar with your work, which records would you recommend? I would certainly choose ‘The Kabell Years 1971-1979’ and ‘Ten Freedom Summers’, which I already reviewed in Kathodik. Do you have any other listening tips?

I haven’t listened to “Ten Freedom Summers” in four or five years now, and I don’t really listen to music. And the reason is I’m constantly recording or mixing. Pre-Covid I was doing five to eight projects a year. Mostly I’m an artist who is often reflecting on big issues. And so that covers my listening zone.

While preparing this interview I read some of your writings translated into Italian: Leo Smith ‘note sulla natura della musica’ published by Nistri-Lischi Editori in 1981. Has your point of view and way of composing on Creative Music changed since the beginning of your career, and how?

Yes, that was published in English in 1971, and has since been translated into Japanese, Icelandic, Greek and an extended English version. So if you’ve been reading that text you’ll have a good read.
In terms of Creative Music, things haven’t really changed. When compositions come into the light, they are already what they are. Artists find multiple ways of saying who they are. And yes, we do get older, and therefore some people consider that there is a possibility of us being wiser, but it’s the same world that we live in, and we are looking at the same questions of how we get our ideas across. 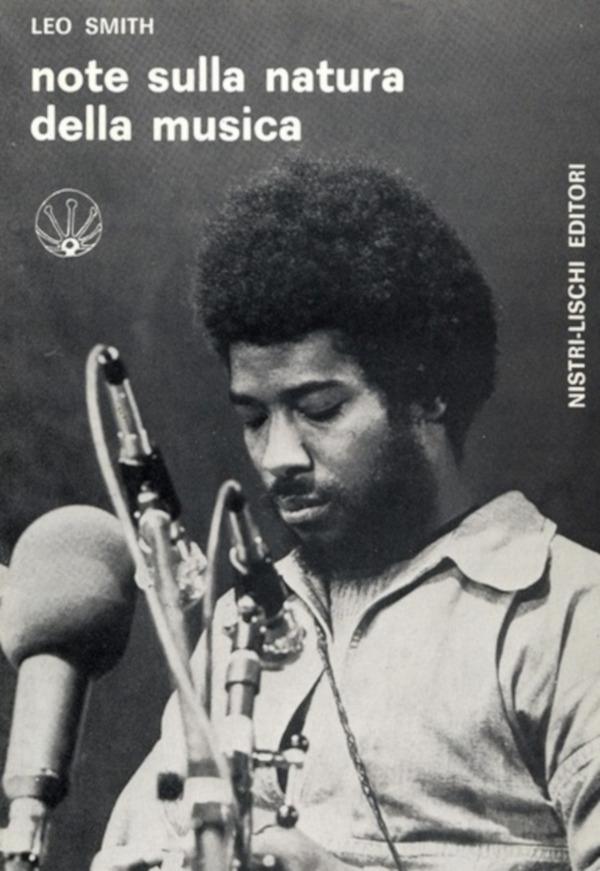 What is your attitude towards teaching? Do you consider Creative Music an educational tool?

It can be taught. Everything in life can be taught. It depends on what process is used to learn. There are two kinds of knowledge. The first is applied knowledge, and those things are taught in schools. Science or mathematics are applied to a system and distributed. And there’s another kind of knowledge, which is called revealed knowledge, which is knowledge that comes to you complete. It doesn’t need to be boxed up or made different. And that’s the knowledge that comes from individuals, from personalities. It’s intuitive thinking: meditation, reflection, cognitive thoughts, and spiritual investigation. And everybody can’t get that knowledge.

What has your contribution to American Music been so far, in your opinion?

I’ll let the people be the judge of that. My responsibility is to make art, and not place it in any kind of context about how important or less important it is.

What has the AACM been and what is it still today, according to you?

It was a collective of creative musicians, composers, artists, dancers and singers. At the time of its inception in the 60’s it was a vital tool to convey information, and to show the products that these artists were producing. That was 55 years ago. And today the AACM is a mere shadow of what it was, or could be, but its contents are illustrated by the works of Anthony Braxton, Amina Claudine Myers, Henry Threadgill, Roscoe Mitchell, and others. So even though the organization doesn’t have any power, because they never developed it, the individuals within the organization are the reason that it is now valued and important.

What do you think about the Black Lives Matter Movement?

Black Lives Matter is a social justice movement, and it seeks to express some of the same ideas that have been incapsulated in the Constitution of the United States, mostly though the 13th, 14th, and 15th Amendments, and later the Civil Rights Act of 1964 and the Voting Rights Act of 1965. The amendments happened during the time of Lincoln, and they were ratified by the Republican Party, and not a single Democrat voted for them. The 1964 and 1965 acts had a more, so-called bipartisan application. Does anyone know about the 13th, 14th, and 15th Amendments? The acts of 1964 and 1965 were seeking to address the same issues, and those issues are explicitly dealing with voting: That every American has the right to vote without any oppression against them. They also deal with who can be naturalized citizens in this country, and the 15th Amendment talks about insurrection. Unfortunately, the US Congress has never enforced any of those laws, either the ones coming out of the Lincoln era, or the ones adopted in the 1960s. So what I think about Black Lives Matter is the wrong question. What does America and the world think about Black Lives Matter? That’s the issue.

Are you going to take a break after the record for your birthday celebrations?

A: Take a break? What does that mean? [Laughs.] A break from what?