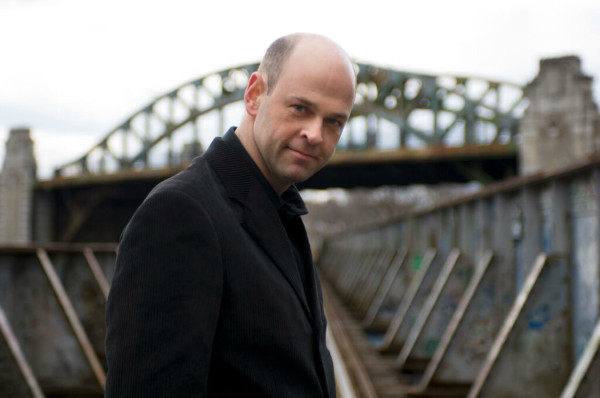 Gil Rose is a talented conductor who helps shape the future of American classical music. His dynamic performances and many high quality recordings have garnered praise from international critics. In 1996, Rose founded the Boston Modern Orchestra Project (BMOP), the premier professional orchestra dedicated exclusively to the performance and recording of twentieth and twenty-first century American symphonic music. Under his leadership, BMOP‘s unique programming and high quality standards have attracted critical acclaim, thanks to his noble project we are rediscovering splendid jewels of American symphonic music.

Maestro Gil Rose: What was your artistic path?

I began as a clarinetist and started conducting in college. From there I started working as a conductor and eventually assumed a general director role in addition to conducting.
How did you come up with the idea of ​​creating a Symphony Orchestra to perform American contemporary classical music?
I realized there was an entire 150-year period of repertoire that was at risk of being forgotten. These composers, particularly of orchestral music, needed a champion in our current era. In the mid-20th century there were orchestras and record labels and conductors like the Louisville Symphony and First Edition Records and Gerry Schwarz who championed and promoted this music. I wanted to see that torch carried on.

Who are the composers to whom you pay your utmost attention?

I try to pay attention to all of the styles and schools of American symphonic music, to give them all a fair voice and representation. But I have to admit I have a taste for the “Second Boston School” of composers such as Lukas Foss, Irving Fine, Harold Shapero, and Arthur Berger. They bridged the gap between Copland and Stravinsky and Schoenberg.

How and why did the idea of creating the BMOP record label come about?

The record label was always in the back of my mind as part of preserving this repertoire. We had been making recordings for other labels, which included the actual recording, raising the money, and even designing some covers. At a certain point we decided it just made sense to own the whole process and do it for ourselves.

Yours is a noble and high-quality project, how difficult it is to carry out this musical activity?

Musically, it’s not difficult. Because the orchestra and label are dedicated to all schools and styles, our image is broadened so most of our obstacles are financial. In this day and age everyone worships either the newest of the new works or the most ancient or established composers. Advocating for the recently new is more of a noble pursuit. It would be easier if it were more popular.

Thanks to your work we can listen to and discover real pearls of American music. How do you manage to interpret and decode so many different musical styles and aesthetics?

Being a student of American music history, I pride myself on being familiar with everything from the late 1800s to now. I’m fascinated by the kaleidoscope of styles that American composers have created, and I’ve always been hip deep in all of this music.

You can tell us briefly about the excellent musicians of the Orchestra?

We’re lucky to be in Boston. We have a rich pool of excellent freelance players with experience in diverse styles, and many of them share a passion for our mission.

How do you choose the programs and the composers to be included in the CD recordings?

Because BMOP/sound is dedicated to preserving these works through recordings, our various recording projects often drive our concert programming. There’s almost always a recording session attached to our live performances, so the rehearsals and the concert itself also function as preparation for the recordings. Our concert seasons are in some part based around our recording plans.

How has the COVID19 pandemic affected your musical activity and your creativity?

Early on during the pandemic, we decided not to invest in livestreamed performances. We felt that, until it was safe to have a full orchestra on stage again, that format just wouldn’t do our music justice. So we looked at the many CDs that we had finished recording but hadn’t released yet and doubled our efforts to get that backlog of releases out to the public. We are looking forward to recording again, and have plans to resume those projects this summer and fall.

New projects for the future? Upcoming Concerts? New records? Can you tell us something about it?

We have our first recording projects since last February coming up in June. At any given time, we are working on 15-20 different recordings over a wide variety of styles. Some happen quickly and some take years. One of the projects we’re most excited by is a five-year project to perform and record five operas by Black composers about Black historical figures. It all begins in 2022 with the opera ‘Malcolm X’ by Pulitzer Prize-winner Anthony Davis.